Wildfires occur when vegetated areas are set alight and are particularly common during hot and dry periods. They can occur in forests, grasslands, brush and deserts, and with sufficient wind can rapidly spread.

Unchecked, such fires can cause devastation to forests and other areas of vegetation. If fires approach or occur near towns or cities it often prompts a precautionary evacuation, as the direction fires may take are unpredictable.

The most common causes of fires are lightning strikes, sparks during arid conditions, the eruption of volcanoes, and man-made fires arising from deliberate arson or accidents.

A side-effect of wildfires that also threatens inhabited areas is smoke. Fires create large quantities of smoke, which can be spread far by wind and poses a respiratory hazard.

Satellites can be used to map the extent of a fire by observing the smoke plumes and identifying burn scars. Thermal infrared sensors can detect heat, thereby pinpointing the exact locations of fires and data acquired through the Charter may be passed on to firefighters on the ground within a matter of hours, providing helpful assistance for their efforts in locating and combating fires. 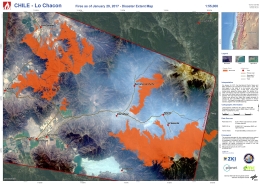 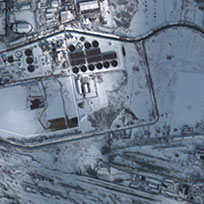