Worldwide, hundreds of millions of people live in areas that are particularly prone to major disasters. Sometimes the scale of these disasters is such that on-site rescue teams may be unable to monitor the full situation. Information from space can greatly aid rescue and relief efforts, providing valuable observations of the affected areas.

In the mid-1990s, satellite images (which, at that time, were of around 10-20 m resolution) were mostly used for environmental applications. Earth Observation engineers started to consider whether these images could be useful for monitoring disasters - with satellites being able to quickly image any point on the globe.

In October 1998, Hurricane Mitch struck several nations in Central America, claiming over 11,000 lives. The disaster prompted a request to CNES and ESA for help in providing satellite data to assess the damage and prepare emergency response activities. The two agencies quickly provided optical and SAR imagery which was used to estimate the damage and extent of the flood areas.

Following further discussions between CNES and ESA on the subject, the two agencies announced the Initiative of the International Charter "Space and Major Disasters" at the United Nation's UNISPACE III Conference in Vienna in July 1999. CSA (the Canadian Space Agency) immediately acceded to this initiative. In September 1999, these three founding agencies launched the pilot phase and then signed the agreement to create the International Charter in October 2000.

The Charter was declared operational on November 1st, 2000, and since then has provided, through a single access point, a service that operates 24 hours a day and 7 days a week at no cost to users.

Today, the Charter consists of 17 members, who signed the Charter in the following order:

The Space Agencies and the Space Systems Operators that are signatories to the Disasters Charter, cooperate on a voluntary basis, without exchange of funds between parties. They undertake to provide their resources and available satellite data free of charge to support operational services for crisis management. Members take over the chairmanship of the Charter in rotation every six months.

In 2001 – the first full year of operations - the Charter was activated 11 times. Since then the Charter has provided increasing support, and last year there were 43 activations. As of February 2020, the Charter has been activated 643 times for major disasters in 126 countries since 2000.

Over the past two decades, advances in technology have considerably improved the performance, not only of Earth observation satellites, but also in the collection and processing of the data and images, from meteorological, telecommunications and navigation satellites. All three of these satellite types are essential to delivering fast value-added services to help in crisis management.

To face the challenges of climate change, the Disasters Charter is foreseen to be a long-term sustainable initiative thanks to the collective consciousness and solidarity of its members. The key word of this international organization is Cooperation: cooperation between the members able to mobilize high-tech space resources, as well as cooperation with civil security organizations, who work alongside populations in emergency situations. 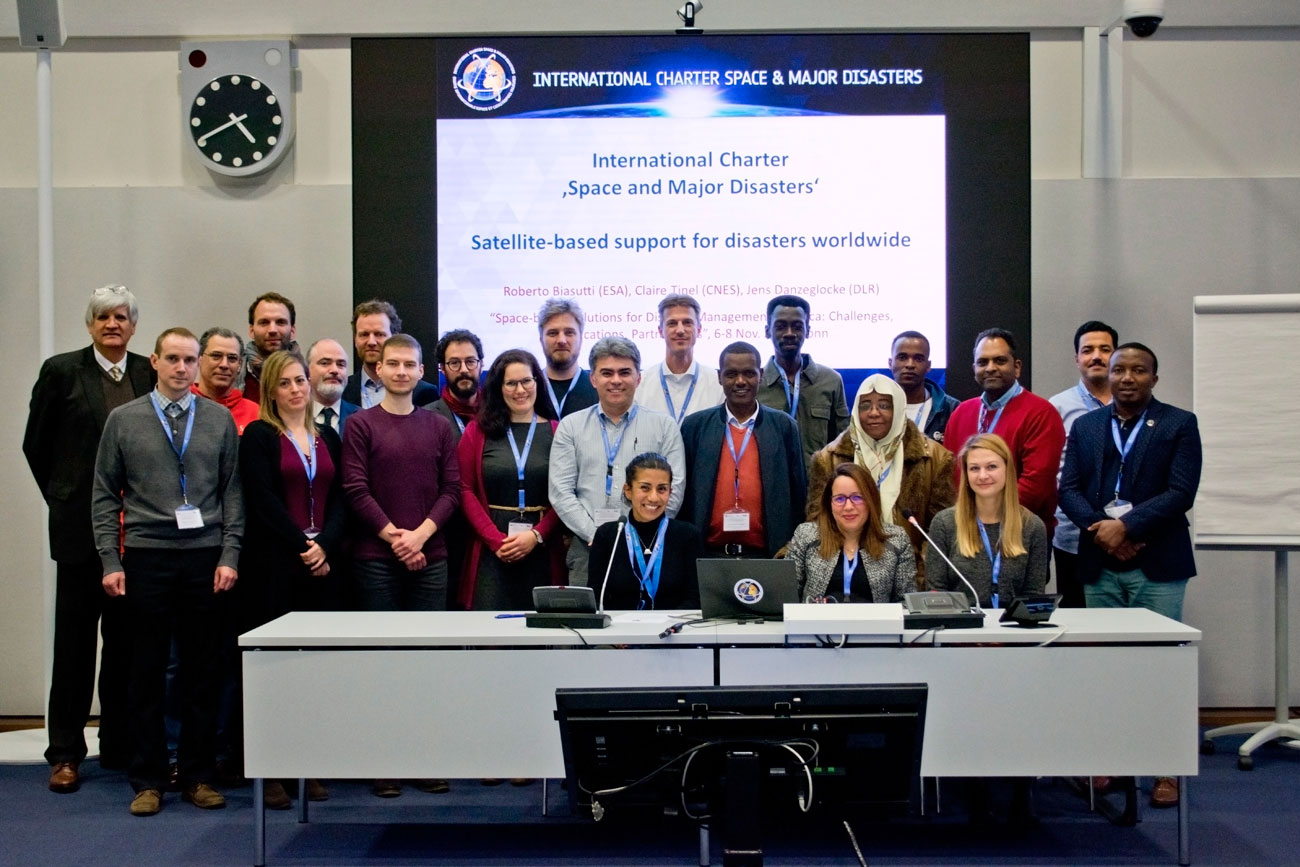