All 224 people aboard, consisting of 217 passengers and 7 crew, were killed.

It is not yet known what caused the crash, but Russian and Egyptian teams are investigating the crash site, which is spread over a 20 km square area. So far, 163 bodies have been recovered.

KGL9268, which was owned by Kogalymavia (also known as Metrojet), was an Airbus 321 passenger aircraft, and was reported to be in good condition by flight teams before it took off from Sharm el Sheikh in Egypt. Contradictory reports have indicated that there may have been technical issues with the aircraft, but a full investigation is underway to determine what happened. The aircraft's "black boxes", which contains a record of the flight will provide the investigators with more information, and have been recovered from the crash site.

It is too early to determine the cause of the crash, but it is believed that the aircraft broke up at an altitude of 9,450m, and split in two. Debris from the plane crashed down near Hasana village in Egypt and local ambulances soon rushed to the scene but found no survivors.

Officials have announced that it may take several months to complete a full investigation of the crash. 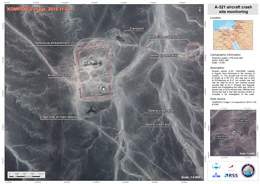 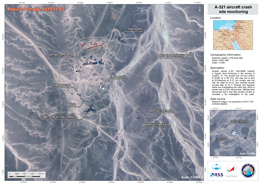 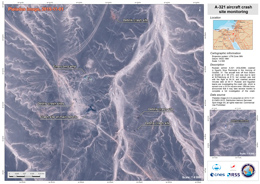 No other similar activations were found.