Cyclone Chapala made landfall on the southern coast of Yemen on 3 November. The powerful storm brought heavy rain, large waves, and flooding to coastal areas which affected thousands of people.

Chapala is the strongest storm to affect Yemen in the country's records, which date back thirty years, and is the equivalent of a Category Four hurricane on the Saffir-Simpson Scale, expected to cause "catastrophic damage".

The storm was responsible for three deaths on the island of Socotra on 1 November and destroyed approximately 400 houses before continuing north toward the mainland of Yemen.

Chapala then made landfall in the Hadramaut region in the early hours of 3 November. Thousands of residents in areas which were expected to suffer from the storm were ordered to evacuate, but due to the civil conflict currently affecting Yemen there are concerns for some areas which have no clear governing authority to organise a response.

The city of Mukalla suffered damage in the storm, and the port's seafront properties and many homes were destroyed. Streets were flooded, and residents took refuge from the storm in schools and hospitals. The city lost all power and some residents were forced to retreat to higher ground to escape the flooding.

Yemen is also inexperienced with regards to tropical storms, as the country rarely experiences them. Chapala was forecast to bring heavy rain, the equivalent of what the country would normally experience in a year, in just one day.

The Shabwah and Hadramaut regions are expected to experience the worst of the flooding. It is estimated that a million people may be affected by the storm in Yemen, while 40,000 have been evacuated or have lost their homes.

The region's dry highlands are expected to rapidly weaken the storm. 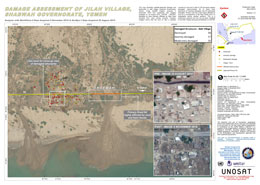 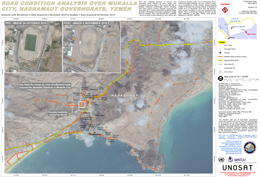